We Will Kill, Steal, Destroy and Burn America to the Ground 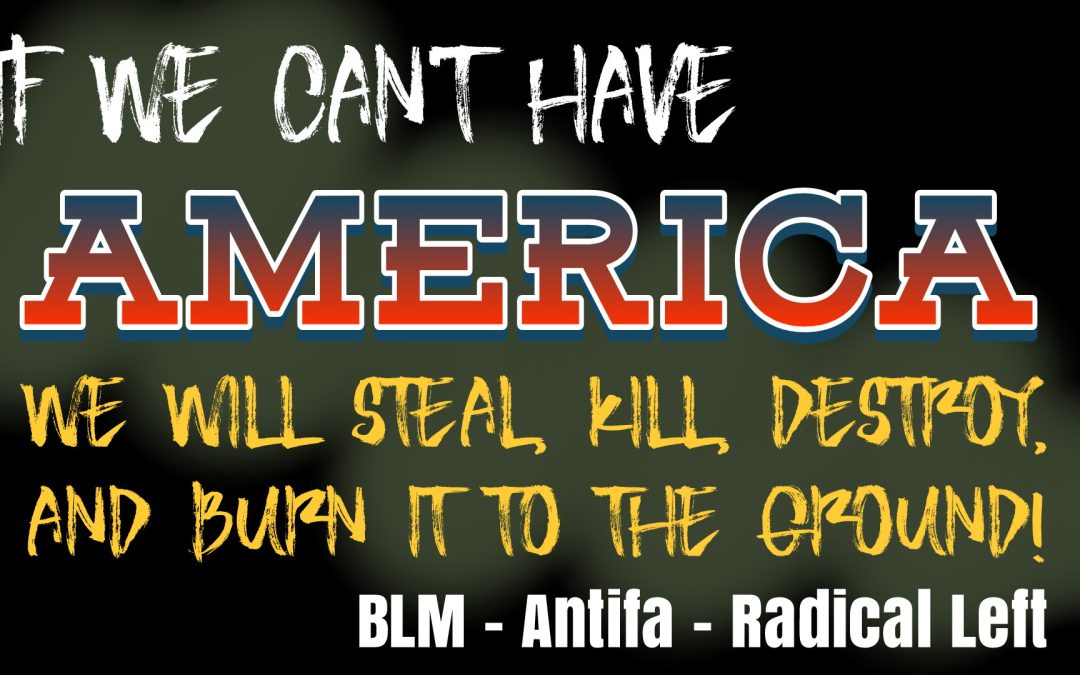 I’ve lived in Colorado my entire life. We’ve come from being a conservative State to a liberal State, and now we’re moving rapidly to a far left State. The Rocky Mountain Heist and Denver in Decay both show how scandalous and corrupt are the Democrats and the destructive results of their liberal policies. I highly suggest you watch both. Colorado is an of incubator for the radical Left. We are used a testing ground for their torturous experiments. Marijuana for recreational use was first legalized here in Colorado. And I’m sure you remember the “cake” ordeal. A private bakery declined to make a cake for a homosexual couple because it went against his religious convictions. That went to the Supreme Court. And the bakery won. But now the Left is going after him again. These haters target small businesses with the backing of big money liberals. And because they do not lack money — Governor Polis is worth hundreds of millions (maybe a billionaire by now), some of his Leftist cohorts are billionaires, and they have George Soros helping local radical leftist candidates, it is very difficult to put an end to the corruption and decay in our State.

Democrats, even the most moderate, will rarely acknowledge these facts. But they watch only CNN and read the Washington Post, owned by Jeff Bezos. The most crime-ridden, drug-infested, broken-down, massively in debt cities in America are democrat run, yet this fact seemingly will not register the heads of tens of millions of democrats. Here in Denver and our surrounding suburbs we, like so many other Democrat states and cities, are suffering the effects of liberalism. Drug problems, sex trafficking (one of the worst States in the nation), mass shootings, suicides, homelessness, and on and on. Now we have rioting and vandalism and, as of last Saturday, the point-blank shooting and murder of a citizen who was attending a freedom rally. When BLM-Antifa discovers there is a freedon rally, they get their game faces on to go out and make trouble. Here was their invitation: 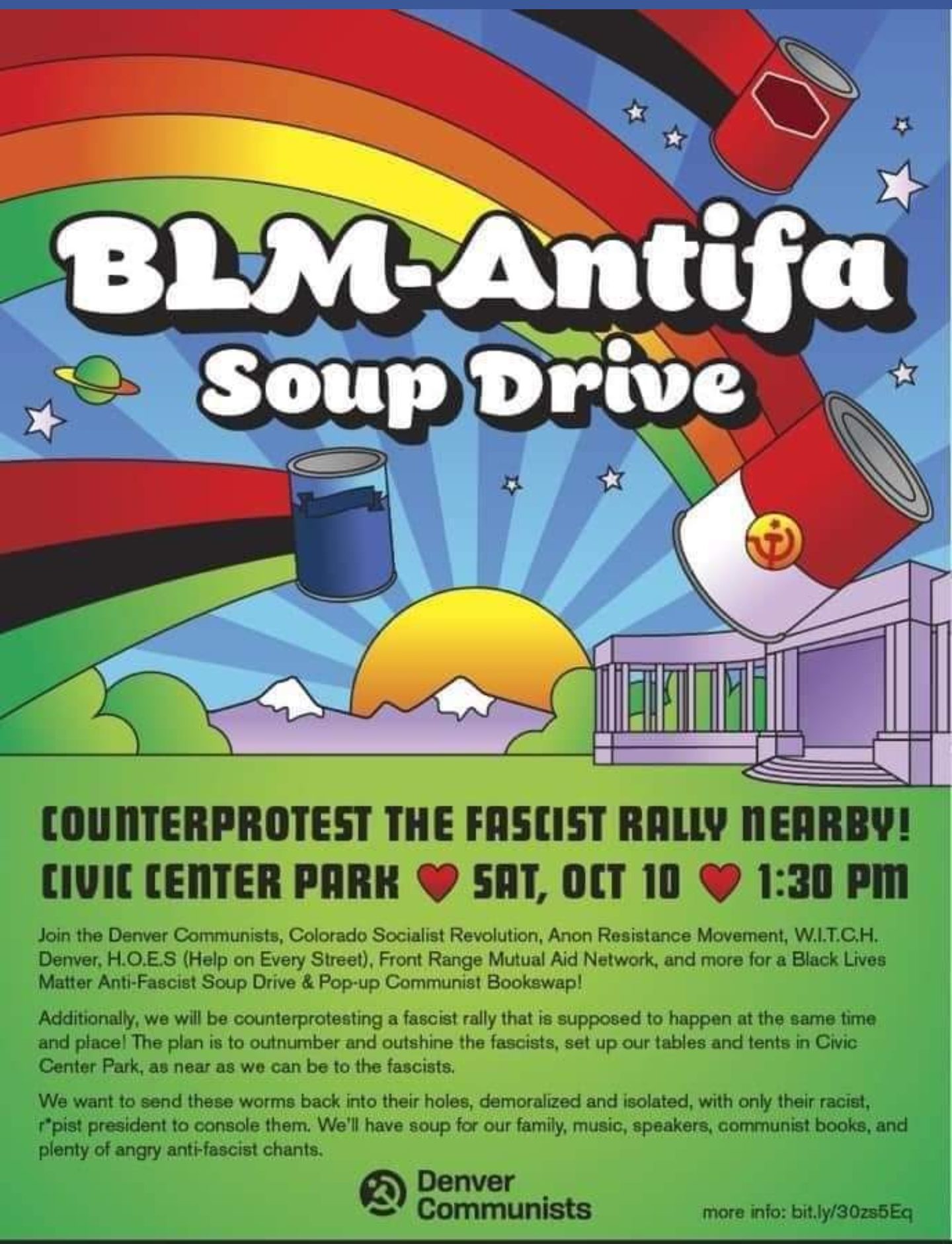 BREAKING: Denver area @coloradodems exec committee and @OurRevolution chair @Kyoti00 “2020 is a political revolution”; “Want to change this country,with violence…there’s only one way to do it.”; “Guillotines mother f**ker”; “Killing random Nazis in the street”#ArmedRevolution pic.twitter.com/QnmqHdrJ8o

The Colorado Governor has no problem with any of this, nor do the the city council and State legislators. They will put on a good show about how they don’t want violence in their city, but they won’t condemn BLM or Antifa. I am a part of the group that was at this rally, I just wasn’t at THIS rally. These ARE NOT white supremacists as the media and BLM-Antifa regurgitates. These are families, small business owners, White, Black, Hispanic, and Asian. I’ve met families who immigrated (legally) from Russia, Hungary, and Poland. These people cannot understand why we don’t have tens of thousands of citizens at these rallies. They understand Communism and Marxism and were able to escape from it. We are simply people who want Colorado to reopen and we want our Constitutional freedoms to be respected and upheld by the courts and our government.

The video I want you to see is a man, Joe, who was at the rally where this good citizen was gunned down. Joe heads up an organization called FEC United. FEC stands for Faith, Education and Commerce. It is a grassroots, non-partisan, concerned citizen organization that began after Governor Polis shut our Sate down, bankrupted thousands of businesses, and ruined many lives. John “Tig” Tiegen, a Benghazi hero, is associated with FEC United, and His Facebook page has been banned for life from what I understand. Why? Because the Left and Facebook is looking for an excuse to shut down conservative speech.

Follow us
Post Views: 16
Kudos! Ministry, SSM is a non-profit Christian discipleship training ministry to equip and exhort Christians to be powerful, effective disciples of Christ.