Bring a Spiritual Warfare Training Seminar to Your City

Fighting spiritual warfare is critical for America in 2020 and beyond. The “victory” is first spiritual freedom, and second, freedom to worship and live in a free nation. The enemies of God, freedom, and life itself are trafficking in evil as never before. Kudos! Ministry Spiritual Warfare Training will help you be a stronger and more effective Christian.

Be of sober spirit, be on the alert. Your adversary, the devil, prowls around like a roaring lion, seeking someone to devour.
1 Peter 5:8

Submit yourselves, then, to God. Resist the devil, and he will flee from you.
James 4:7

Submit yourselves, then, to God. Resist the devil, and he will flee from you.
James 4:7

Have nothing to do with the fruitless deeds of darkness, but rather expose them. It is shameful even to mention what the disobedient do in secret.
Ephesians 5:11-12

For though we walk in the flesh, we do not war according to the flesh,  for the weapons of our warfare are not of the flesh, but divinely powerful for the destruction of fortresses.
2 Corinthians 10:3-4

We are Battling for the Soul of America

We are being bombarded by evil agendas in government and public education. In America, we were given the blessing of freedom and laws based upon Godly precepts. It is important to ensure that our American values and principles are not given over to those who willfully traffic in evil. We must act intentionally and with purpose. Consider these major battles:

Christians Have the Weapons to Fight Spiritual Warfare

Christians have been given everything we need to live victoriously in Christ. In Christ we are to resist evil, but we are also called to take ground back from the enemy that has been stolen, personally and as a people. Don’t be misled into apathy and complacency with the statement, “God’s got this!” God is in charge, yet He has placed His authority and a calling on us to do His will until Christ returns.

The Church is not fighting well as a body—an army. God designed us to be cohesive, but we are a dismembered body in America. The “Church” is described in Scripture as the worldwide body of believers, and is also described as the “church”, local communities of believers. The body of Christ cannot function effectively, much less fight spiritual warfare, being lone ranger Christians. The Army of god must be “tactical” in our Christian faith in these challenging times.

Kudos! Ministry Spiritual Warfare Training will use the Holy Bible to present biblical principles and precepts that God has given his body to

These times are possibly the most exciting times to be a Christian and an American citizen! So much is at stake spiritually and culturally. I tell Christians, especially young boys and young men, if you want to fight the “bad guys”, stop playing video war games and watching television shows and movies about demons and super heroes. Instead, be a Christian and fight the real battles where the stakes are the highest and the rewards have eternal value.

Summary of the Spiritual Warfare Training

The training is a full 8 hours with 1/2 hour registration and 1 hour lunch or dinner. It can be set up as an all-day training or an afternoon into evening, any day of the week.

Session 2: Armor Up! You Must Defend Your Territory

Session 3: Battle Stations! Fighting to Win as a Cohesive Army

Registration is $750.00. This covers materials for 20 participants. Additional participants are $35 each. Under age 18 is free to encourage younger participants to learn this important material.

Kudos! Ministry is a non-profit Christian discipleship training and education ministry. Kudos! Ministry is NOT a 501(c)3. We will not sign over our Constitutional right to free speech in exchange for 501(c)3 status. Religious ministry is already tax-exempt under Section 508(c)(1)A. 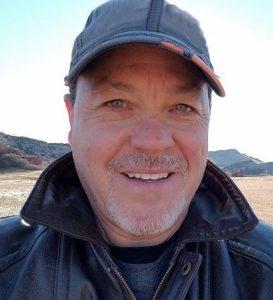 Paul Weston Eden has been a Christian for 40 years. He came to Christ through a judge who showed him mercy in the judicial system. Years later he was caught up in a bout of spiritual warfare that sent him into a lengthy time of oppression, depression, confusion, pain, sorrow, and grief that led him to believe he wasn’t saved nor even loved by God. He “hit bottom” and God met him there and changed his life. He was called out to be a herald and a leader to disciple others in the Christian faith. He is a licensed minister and has been an elder in three churches. Weston has a passion for prayer and has led Prayer Ministry Teams for years. He writes extensively on the Christian’s relationship to God, country, family and the body of Christ. He developed a Mighty Men Series to exhort men to rise up and be Mighty Men in these challenging days.

Kudos! Ministry is from a vision God gave Weston several years ago. It is a large discipleship training ministry that includes a variety of modules of training in the Christian life. “Fight the Good Fight Spiritual Warfare Training” is one of these training modules.

What’s with the Name, Kudos?

Kudos is from the Greek and means “praise and honor; glory; acclaim; renown”. Who is most deserving of its meaning? Almighty God and Jesus Christ.

Become Skillful Soldiers in the Army of God for America

Christians need help coming together as a body of fighting disciples to battle the onslaught of demonic forces. The seminar is lively and filled with biblical principles. The focus is on how to be a soldier in the Army of God as American Christians. Consider it a spiritual warfare training boot camp.

Will you host a training seminar in your city?