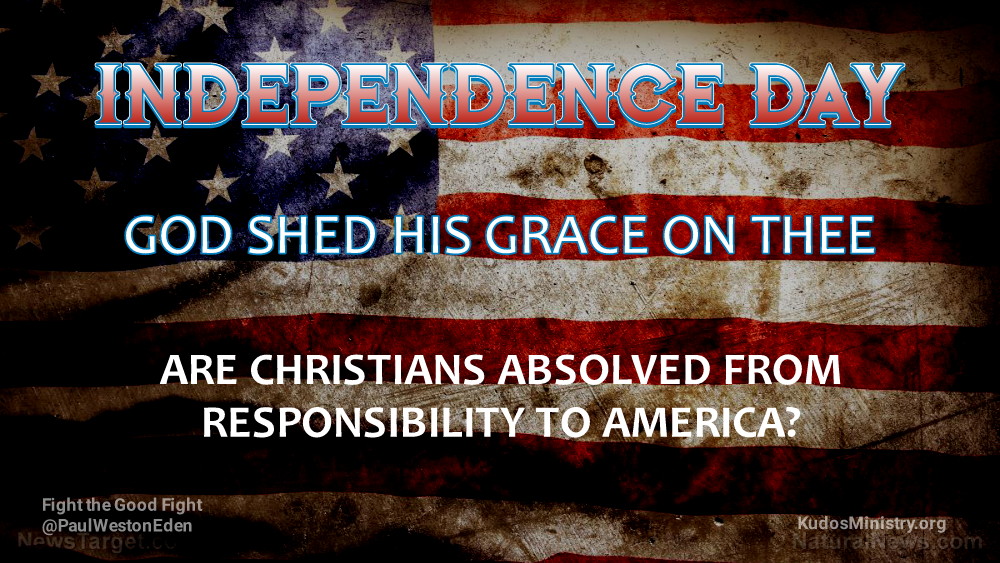 America is the only nation founded on the fact that people’s rights are endowed by our Creator. The Founders recognized their limitations as mere men, and the necessity to base our new nation on enduring principles of our Creator: liberty, just laws by servant leaders, accountability, righteous justice, a Republic rather than a strict democracy to prevent mob rule and highly populated States having their way.

Many decry that our Constitutional Republic should be transformed into socialism or anarchism. What the Founders knew is that any “ism” is simply a man made religion, a government of tyranny. Today we see the evidence of their divinely led inspirations. The nature of mankind is to take the path of least resistance. As one Founder was quoted as saying, “We gave you a Constitutional Republic, if you can keep it.” They knew a free nation requires free people making free choices based on facts and principles, and personal responsibility – a principle so many today, including our government and education system, have discarded as old-fashioned.

I choose to honor the Founding Fathers and everyone who puts their life on line to keep America a Constitutional Republic and those who keep us safe from violent criminals. I do not buy into the notion that Christians are absolved from responsibility to fight tyranny. We should lead with courage and stand against evil and tyranny in our nation. The separation of Church and State does not mean Christians are called to submit to ungodly laws or edicts, nor look on from afar saying, “God’s in contol”, “I’ll pray for you”, “Jesus wins”, as their fellow man are being pummeled by tyrannical leaders’ edicts who do not submit the Constitution, much less God.

God shed His grace on America, and we do not honor God or those who have given the ultimate sacrifice to maintain our God-given liberties. I pray for Americans, especially Christians, to seek the Lord about your responsibility to maintain the ability to worship Jesus Christ in freedom and for all American citizens to be free to live their lives in peace without government oppression and intrusion. If we lose our Republic I don’t want it to be because I was complacent and afraid and did little to protect her.